WASEDA NEO is a Forum for Co-creation where leaders ushering in a new era of change can engage in true innovation. WASEDA NEO is the start of a stimulating intellectual adventure in which future-oriented pioneers can enjoy access to the pinnacle of the most advanced wisdom and learn from one another.

The concept behind WASEDA NEO is “blendipity” (Blending + Serendipity). A source of future global innovation, WASEDA NEO gathers minds in government, industry, and academia from all over the world to independently engage in creative efforts.

*Blendipity (Blending + Serendipity) is a coined term that refers to encounters between various “waves” of technology, people, and societal institutions (Blending) in order to fortuitously generate bigger waves (Serendipity). The basic concept is to independently and creatively run WASEDA NEO as a Forum for Co-creation.

WASEDA NEO is a Forum for Co-creation so that leaders who are ushering in a new era of change can engage in true innovation. WASEDA NEO provides opportunities to access the pinnacle of the most advanced wisdom, to study with future-oriented pioneers, and to foster innovation, and to create businesses.

3 types of services to foster Forum for Co-creation

These training programs assemble people in various professions from organizations and companies in various industries to address practical challenges for the future through independent or collaborative learning.

The NEO Innovation Lab is a services center for lecturersof Practical Training Programs and business partners of WASEDA NEO. The Lab allows the identification of sources of future growth and it fosters conditions for open innovation.

The Pioneer Community is a well-furnished members lounge where future-oriented people can converse. In addition to beverage service, the Pioneer Community members have various benefits such as free access to a complete business center and participation in the events organized by WASEDA NEO. 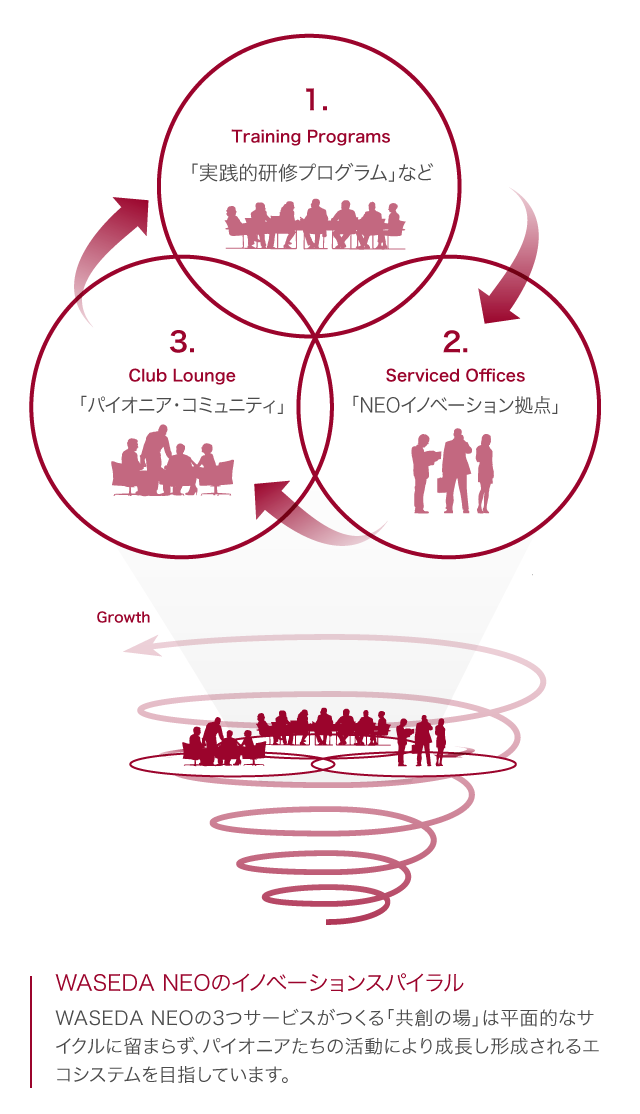 WASEDA NEO’s Learning Approach draws on anticipated corporate/industry issues and societal issues. WASEDA NEO works with leading instructors from Japan and the rest of the world and with pioneers across multiple industries in an effort to foster creative and independent Blendipity for the future and for the world. 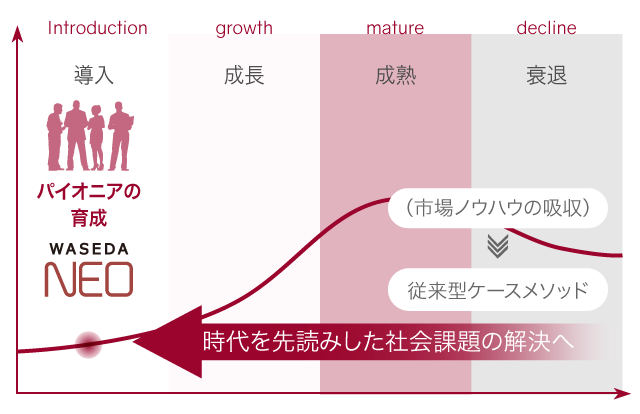